A company that has an understanding of hard and soft landscape elements in Sydney, NSW.

This is a fantastic initiative for Australia!

An industry association that represents the interests of landscape professionals who design, construct and maintain residential and commercial outdoor spaces.

Landscape professionals are integral to the delivery of horticultural stock to the consumer both residential and commercial. The advent of new technologies including specialist infrastructure, re-vegetation, green roofs, green walls, edible gardens and environmental management and sustainability principles embedded in the regulatory controls means landscaping has a presence in the increasingly diverse market segments for horticultural produce. The anticipated increase in new and refurbishment works for residential single and multi unit dwellings and civil construction is where we see major growth in our industry over the next 3-5 years

The 202020 Vision project is driving collaboration between a diverse range of organisations and has the meritorious goal of increasing green space and usable open space in our urban areas. Green space has been shown to positively correlate with quality of living standards. Given that collaboration drives innovation, VicRoads hopes that by joining the 202020 network, we will be assisting the 202020 Vision team improve quality of living standards across Victoria and Australia.

A propagation nursery that operates its own plant breeding programs and also represents outstanding plant breeders from within Australia and around the world.

Ramm Botanicals believes the 202020 movement is beneficial not only to our industry but to anyone who interacts with the 202020 vision. We understand the value and importance of interacting with plant life and want all Australians to recognise it too. We strongly believe in the research conducted and hope to encourage residents of both cities and other suburbs to green it up where they can.

We are interesting in partnering with proactive organisations to assist with the retention and development of the Urban Forest.

Operating for almost 40 years, Environmental Industries is a leader in landscape construction, grounds maintenance and irrigation in Western Australia.

Environmental Industries support the 202020 Vision as we are in the business of creating spaces for the whole community to enjoy. We have constructed many public open spaces with vast tree planting, planted garden beds and turfed areas. We have seen first hand the positive impact that a 'green area' can have on a community. Communities have literally been transformed overnight following the completion of some of our projects. Not only do trees and plants cool our cities and reduce pollution, it also encourages people to get outdoors and active. We have constructed parks with large grassed areas which promotes sports and activity. We have also planted trees in these parks to create shade for the people to enjoy the outdoors in our West Australian climate.

We are a landscape construction company dedicated to building and installing smart outdoor solutions to connect people with green spaces.

The benefits to people and their communities in having increased green spaces to relax, heal, celebrate, connect and play are incredible and we love playing our part in creating those spaces.

The Centre for Organic Research & Education (CORE) was established in 1997 in Sydney, Australia. CORE is a collaborative network supporting and promoting the beneficial reuse of recovered organic resources.

We believe there are strong synergies between our common objectives in promoting green & sustainable cities as a way of the future. These objectives inherently require 'bio-emulation' of natural systems of which plants and healthy soils will play an important role. Do it on the Roof

Do it on the Roof provides expert advice and project management in the design and construction of green roofs and green walls.

Do it on the Roof supports the 202020 Vision because green space is so important for health, the environment and productivity in urban areas, particularly as populations increase and urbanisation continues. Do it on the Roof believes living architecture and green infrastructure can play a major part in bringing green space, and the social, economic and environmental benefits it helps create, to urban areas through the integration of vegetation into the built environment. 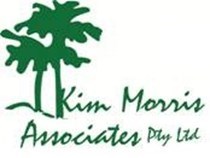 KMA are Consulting horticulturists and designers, trainers and assessors, media and landscape auditors for resort, urban and domestic garden projects.

Kim Morris supports the concept and value of green spaces around where we live, work and enjoy. There are hundreds of opportunities for the development of small pockets, parcels and corners of our urban and regional areas that can contribute to the lungs of a city, region or even a desert community. The Grounds of Alexandria

Located in a former industrial precinct, The Grounds of Alexandria is a landmark coffee roaster, café, bar and kitchen garden known for its abundance of fresh produce and hands-on experiences.

We support the 202020 Vision because as a Green Space in an urban area that been operating for over 2 years, our own vision truly reflects that of 202020. We hope we can influence others to support 202020 Vision.

Centennial Parklands in Sydney is one of the world's best urban parks, and is the birthplace of modern Australia.

Centennial Parklands is a vital public parklands set within the high density eastern suburbs of Sydney. With a rapidly growing urban surrounds, the Parklands green and open spaces are becoming some of the most sought after and treasured public spaces in the city. The 202020 vision aligns perfectly with the environmental sustainability mission of Centennial Parklands, and the importance of the green space that we maintain for the community is growing in importance and demand. We understand that we are not an island, but a key part of a wider ecosystem, and for the Parklands to survive and thrive we need to ensure the wider environment is also clean, healthy and vibrant.

The 202020 vision represents a new time in our country's urban development and is an essential part of ensuring our cities remain green and clean. Creating further green spaces can only enhance our lifestyles, health and well-being.

Plants in a Box

Plants in a Box supports the 202020 Vision because we believe everyone should have access to greenery in their lives to improve the quality of living. We love anything and everything plants, so any movement towards greening our planet is something we believe strongly in. We want to help move towards a more sustainable world and we think every little plant can help.

City of Melville is inner Local Government on the southern side of Perth, Western Australia.

We support the 202020 Vision and their efforts to not only retain our exisitng green spaces, but enhance them. 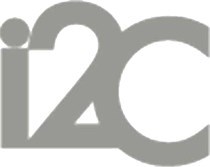 i2C creates innovative architectural design. The freedom to inspire remains our driving focus, coupled with a discipline for continual delivery of excellence.

As a living building challenge ambassador I’m passionate about the 202020 vision of greening our urban spaces to create better communities within Melbourne .

To increase the tree canopy of the Gladstone Regional Council area.

The benefits of trees and other plant life is irrefutable. As urbanisation continues the need for accessible green space becomes more and more critical to the communities health and wellbeing. Our overall quality of life is contingent on our connectedness to nature. We believe it is critical for government, developers and the community to optimise green space with every single project and the only way to do this is to work together. The 202020 Vision supports this collaborative approach.

Cohere is an interdisciplinary design and impact agency. We partner with a diverse range of progressive stakeholders to improve the positive potential of organisations and developments.

For 200,000 years, humans have evolved living in the natural world. And then, in what could be described as a blink of an eye, we did something really interesting. We went from spending 90% of our time outside to spending 90% of it inside. And while this move inside man made interiors has enabled us to achieve many great things, science is starting to show the we pay a price for our time indoors. We now know with some certainty that our health, depth of humanity and performance is inextricably linked with the natural world. Therefore, there is a mandate on a personal, business and planarity level to bring as much nature as possible into our everyday lives.

StrataGreen is a customer service orientated company focused on supplying equipment for the construction and maintenance of landscapes - our green infrastructure.

By providing areas for people to relax, celebrate, connect, play and heal, green spaces provide incredible benefits to both individuals and the community as a whole. We fully endorse the 202020 vision and love working with others to make more of these green spaces a sustainable reality for many future generations to enjoy.

Astron is one of Australia’s longest established environmental consultancies with over 30 years' experience in Western Australia.

We support the 202020 Vision because we believe that green space is essential for sustainable cities and healthy, liveable communities. Effective management of urban ecosystems requires long term commitment. While we believe that local government should lead, the best outcomes will be community driven and we are part of that community.

I'm a firm believer that street trees and good landscaping have a positive impact on communities. Brighton Council area is largely disadvantaged with a drab urban area. A decent tree strategy can turn this around.

Grower of high-quality advanced trees for the urban environment. Metrotrees specialises in trees for a changing climate.

Planting trees and flora is an essential element to any liveable city. Cities of concrete are detrimental to physical and mental health. Green cities are alive; they support a multitude of flora and fauna, intercept particulate matter, remove carbon dioxide and add oxygen to our atmosphere, enhance physical and mental well-being plus many, many more positive contributions. The 'greening' concept is not only important for people today but for the generations to come.

Do you work in urban greening? Get the latest Australian research, events and projects, direct to your inbox each month.

My home My suburb